For over 300 years MCC has held the guardianship of the Laws of the game of cricket. It has become the de facto leader on setting the tone for how players, from kids to adults, amateurs to pros, should compete and behave whilst playing.

‘In a gentlemanly manner’

Way back in the formative days of cricket, in the 1700s, the players developed their own code to how the game should be played. It was incumbent upon the individual player to be honest in all of their actions on the field; the game of cricket had the highest of ethics and it was at all times to be played ‘in a gentlemanly manner’. As time passed and professionalism increased, the pressure on getting results became more prevalent and consequently playing the game in the right way took a backward step. The MCC recognised this and moved to guard the future of the game it oversees.

In 2000 a description of the Spirit of Cricket was incorporated as a preface to the Laws of the game, and the MCC campaigned to reinforce the traditional values of cricket across audiences as diverse as top level international players across the world, amateur players and young people in the UK and prospective players in countries without a cricket heritage, such as Afghanistan and Rwanda.

ABA was appointed to review the Spirit of Cricket proposition and develop a new visual identity which would have appeal across MCC’s broad audience base, encouraging players of all ages and abilities to play the game in the way it was originally intended.

In order to understand existing perceptions of the Spirit of Cricket across its different audiences, we began with a comprehensive research phase. We conducted workshops with local community members and prominent figures within the MCC, and surveyed their database of 65,000 cricket fans. We also carried out in-depth interviews with a number of influential administrators, umpires and former players from around the world.

As expected, the theme of ‘respect’ came through strongly, with the vast majority of respondents agreeing that other sports could learn something from cricket’s approach to sportsmanship and fair play. However, with the Football Association promoting its own ‘Respect’ agenda and respect also featuring among the five core values of rugby union, respect in itself wasn’t a differentiating proposition. So what was different about cricket’s claim to own ‘respect’?

The answer, we concluded, was that whereas other sports appropriated words like ‘respect’ and ‘integrity’ to address often-negative cultural issues, the Spirit of Cricket was an articulation of the core philosophy of the game. Not an extrinsic artifice, but an intrinsic characteristic. The essential nature of the game, consistent across time and geography. 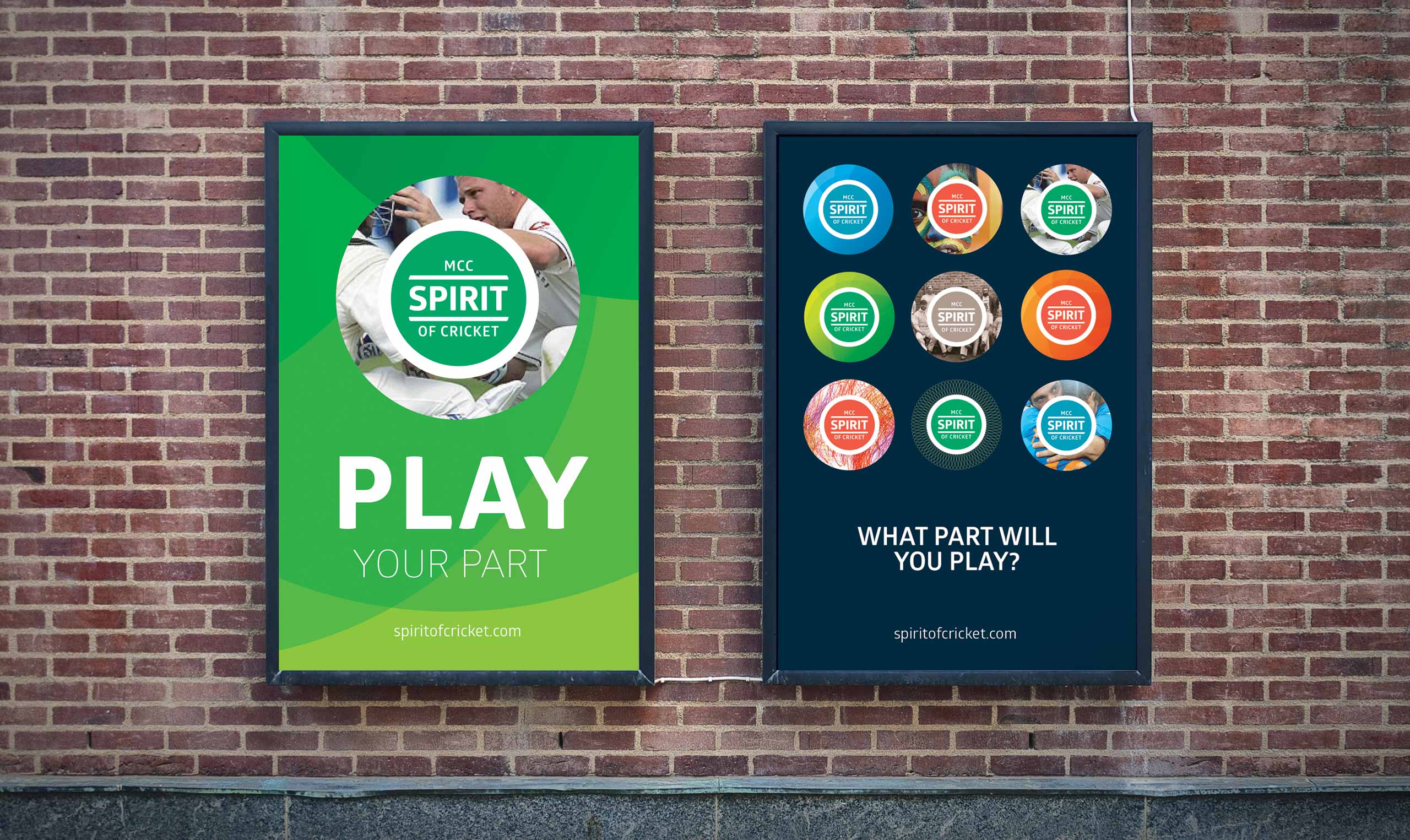 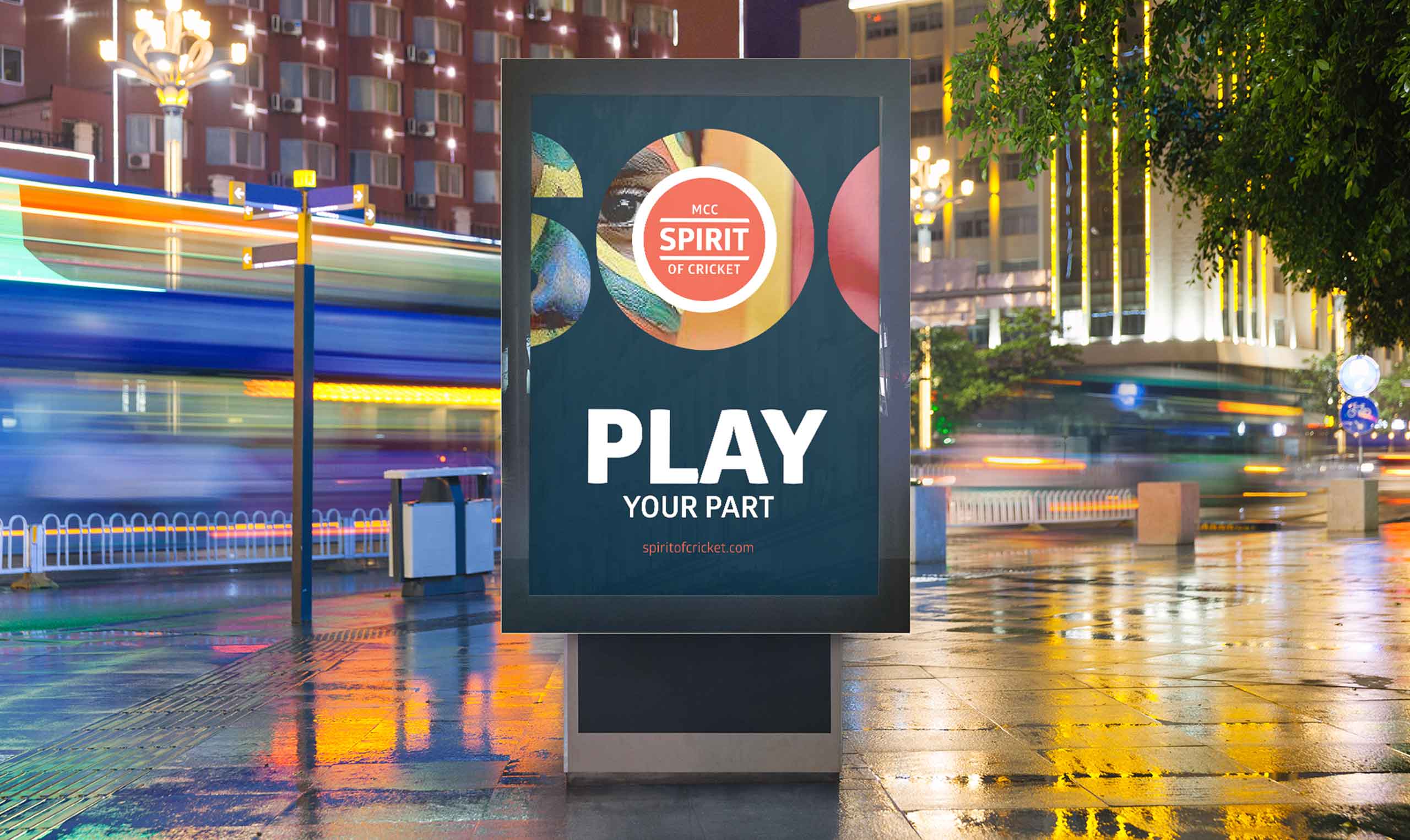 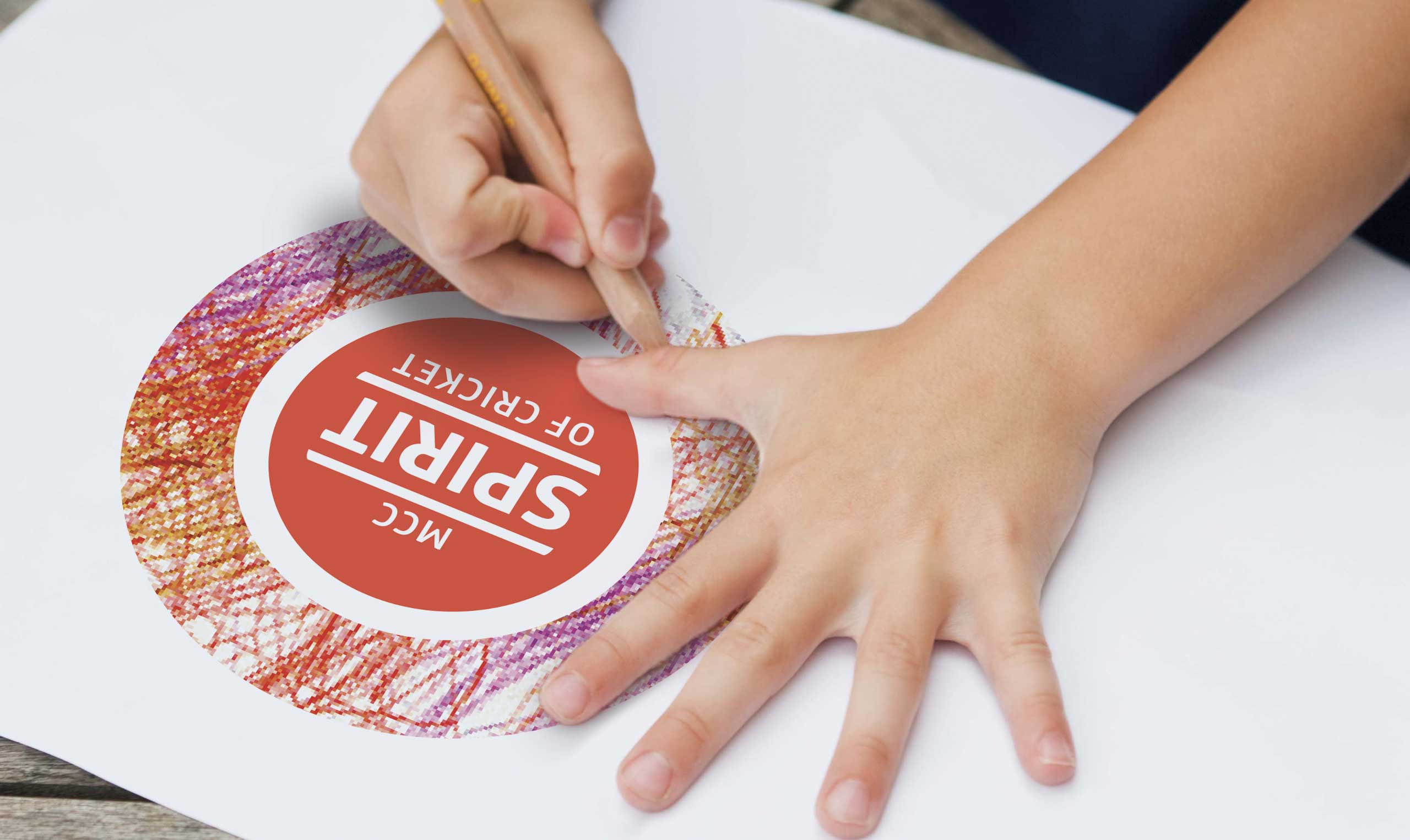 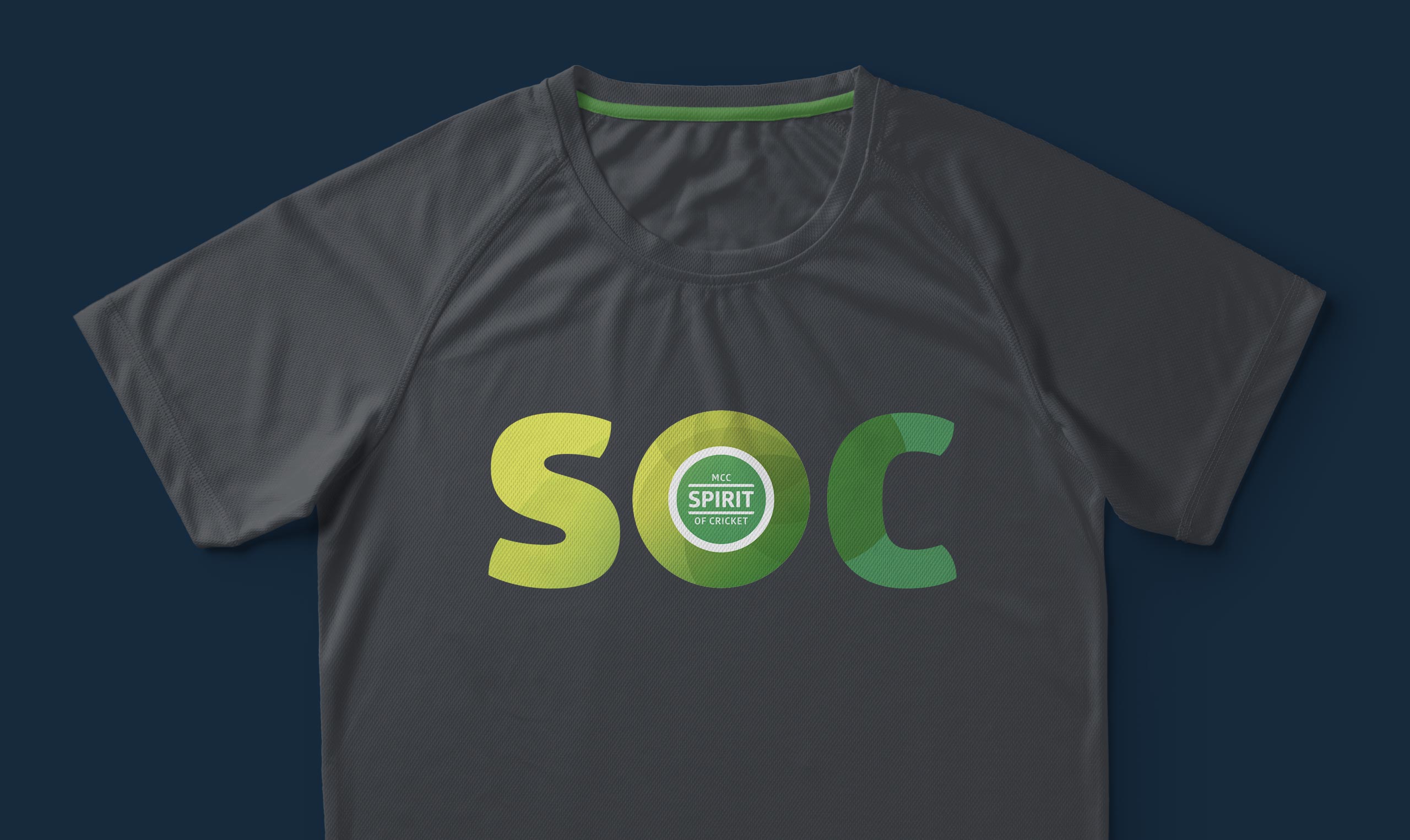 This thought – the core of the game – was influential in creating a visual identity for the campaign. The construction of a cricket ball provided a helpful visual metaphor – a leather cover surrounding a hard cork core – and we developed a logo which included these elements. At the centre was the Spirit of Cricket word mark, surrounded by an unchanging outer core, and around that an outer layer which could change according to context and audience.