The 2012 London Games will be remembered as a summer of sport gift-wrapped in a glorious community spirit. For us it had the added lustre of being a 4 year stretch to work on one of those once-in-a-lifetime gigs. That’s why we keep it on our website – to us it was and still is a pretty big feather in our cap and it still interests clients when we talk to them. 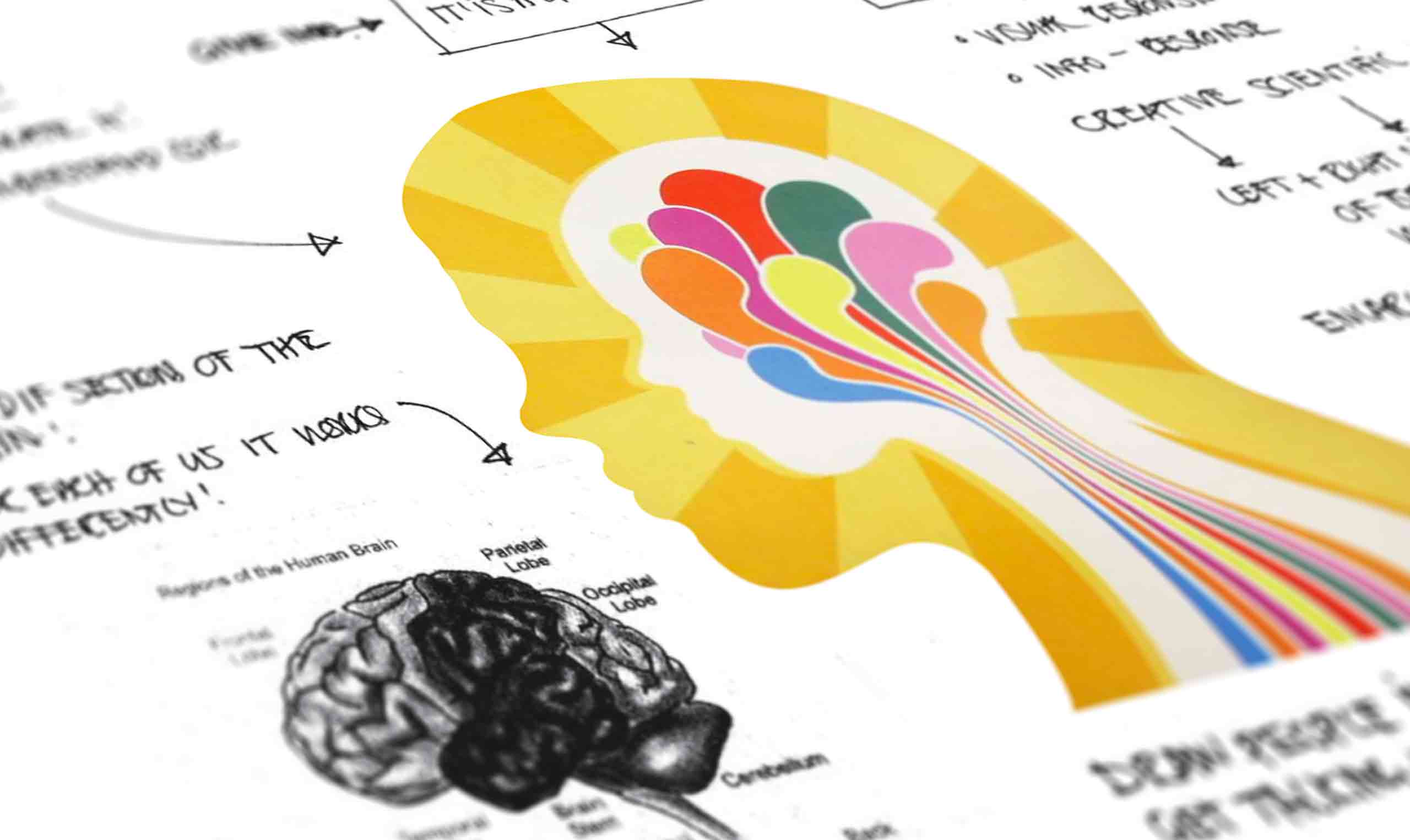 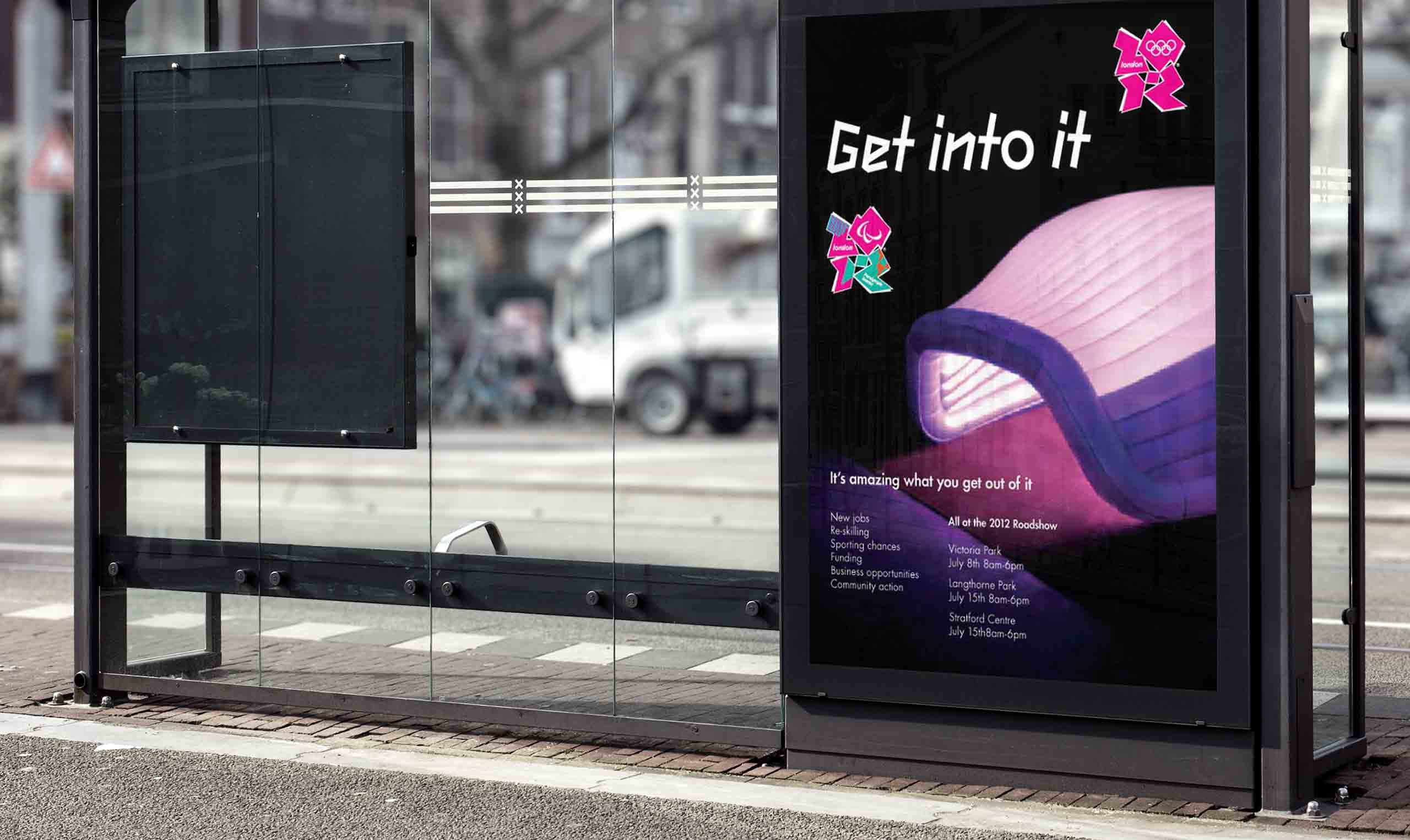 In 2008, when the organising bodies of the Games put out their strategic design and comms tender, over 1,200 agencies applied for the gig. Was it worth a go, we wondered? Would a small, out-of-town agency stand a realistic chance? It certainly felt like an long shot. But go for it we did, and just as well. We got through the first round of the tendering process, with our response document scoring highest of all 1,200 entrants. Having effectively got through the heats we had made the final. This was where we had to respond to their creative brief, up against a smaller field but including some of the big players and favourites, the chance was now firmly in our hands to show our class… 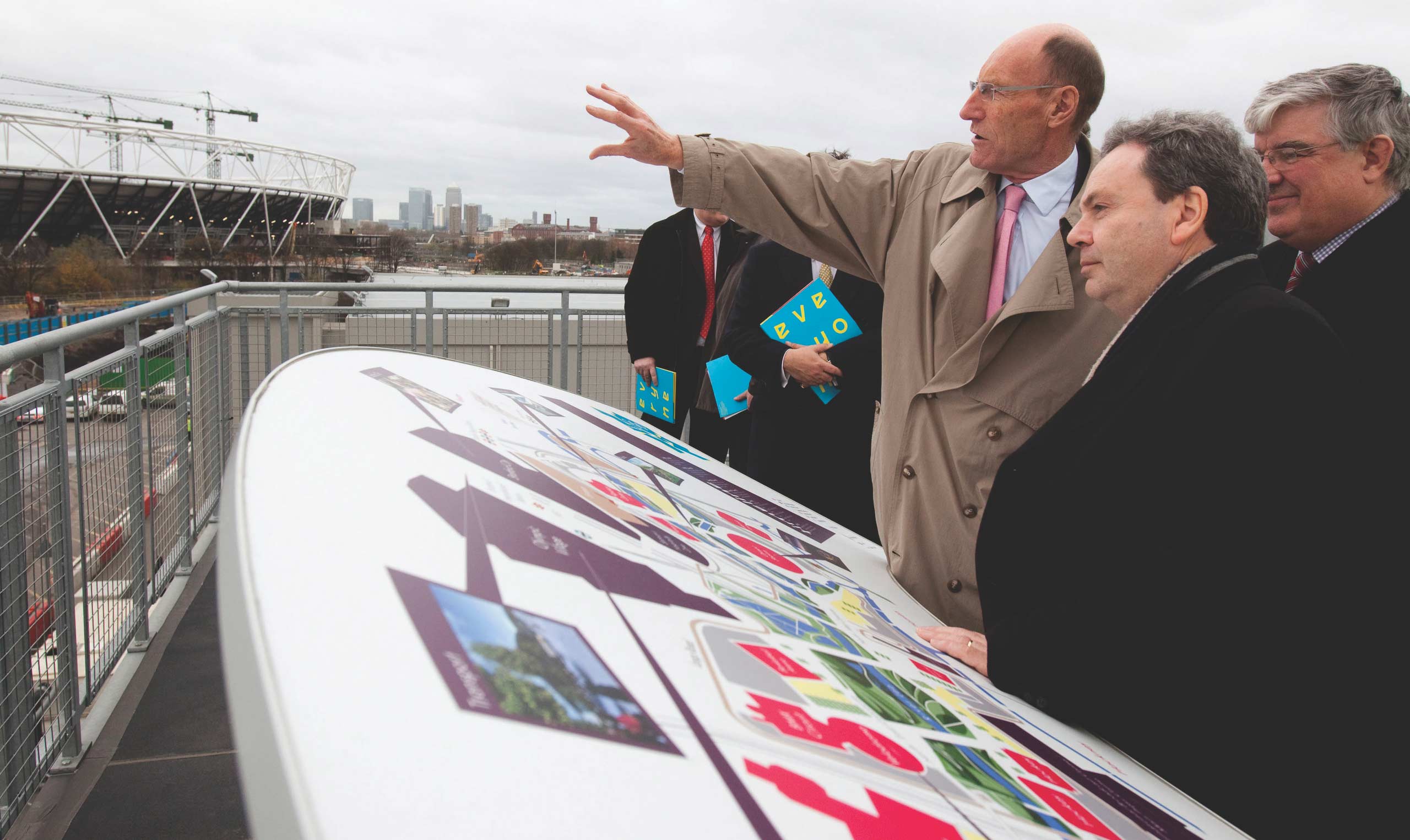 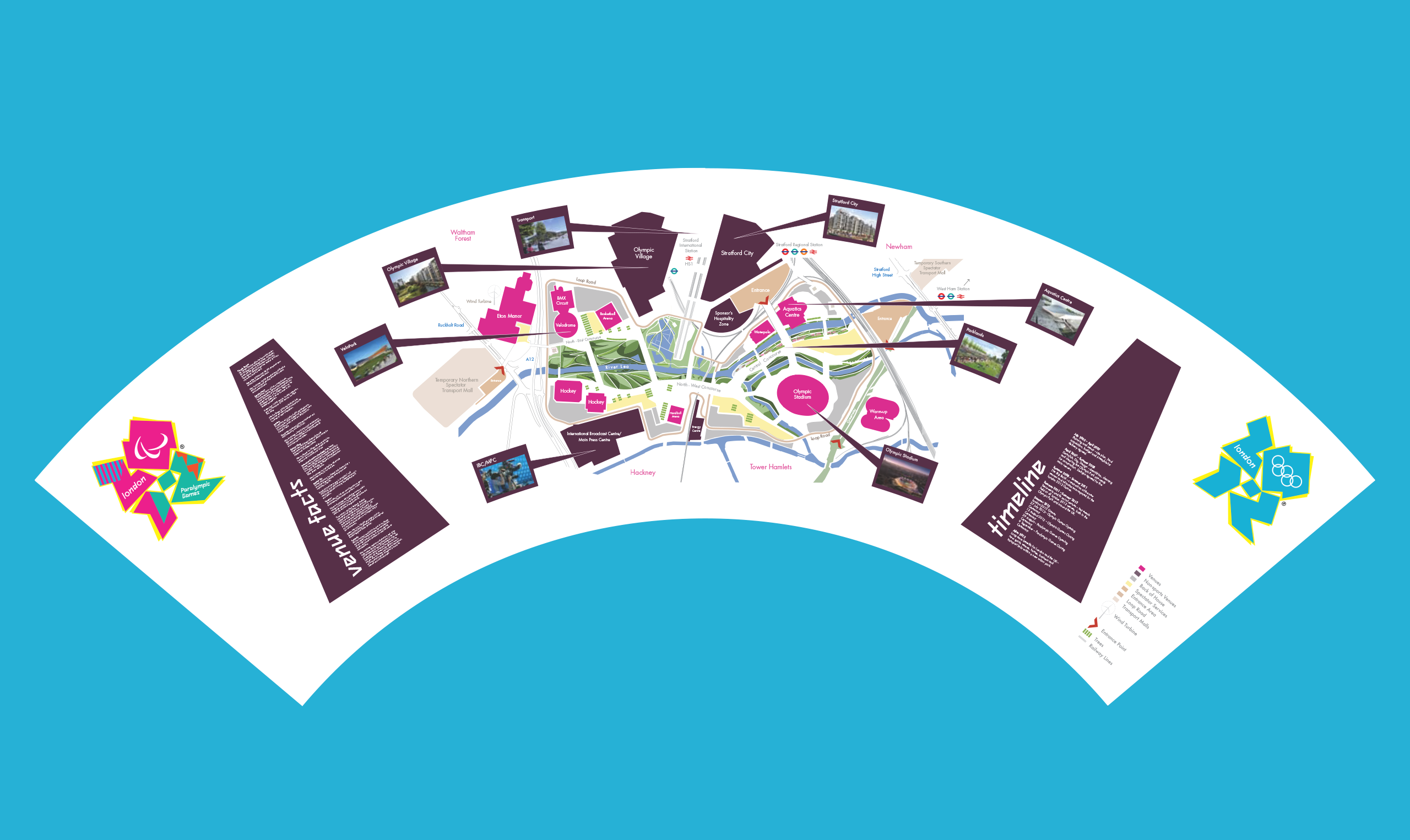 The brief was simple: to devise creative ways of communicating to people in the locality of the Olympic Park the benefits of having the Games on their doorstep. In 2008, to think London 2012 was to think glamour and glitz, Seb Coe and David Beckham, and of course enormous expense. Our success would hinge on being able to make the Olympics feel relevant and accessible to some of the poorest, most socially-marginalised neighbourhoods in the country.

Understanding the audience was crucial, so we immersed ourselves in East London culture. We walked the streets, sat in the cafes, wandered through the markets and chatted to the locals. What did the Games mean to them? Their answers chimed with our instincts: these Londoners didn’t feel they’d get a look in on the Games; that London 2012 would kind of pass them by.

That insight drove our creative. We observed that street markets continued to play a huge part of day to day life in the East End, functioning as a melting pot where people could come together to exchange goods and services, and share opinions and gossip. Our solution was an interactive piece of street theatre dressed up in a market context, bringing the Games to the man and woman in the street. Our pitch to our client was that if they genuinely wanted to engage people with the opportunities the Games would present to them then the organisation needed to come down from its gleaming offices in the towers at Canary Wharf and enter the local’s world. To talk to them in their language and thereby earn their attention, interest and respect. The idea was to allow Londoners to explore the impact the Games would have on their community, and whilst we didn’t get a gold medal draped round our neck the idea won us a place as the lead design and comms agency for London 2012.

When we were appointed the actual Games themselves were still four years away and the London 2012 brand was in its infancy. One of our first jobs was to begin to give it life beyond the pages of guidelines. Alongside two other successful agencies, we led a design panel to ensure the brand was brought to life in as dynamic a way as possible and establish consistency for all future communications. Those early sessions were a chance for us to get under the skin of London 2012, and to sow the seeds of what would become a great relationship with the client comms team. 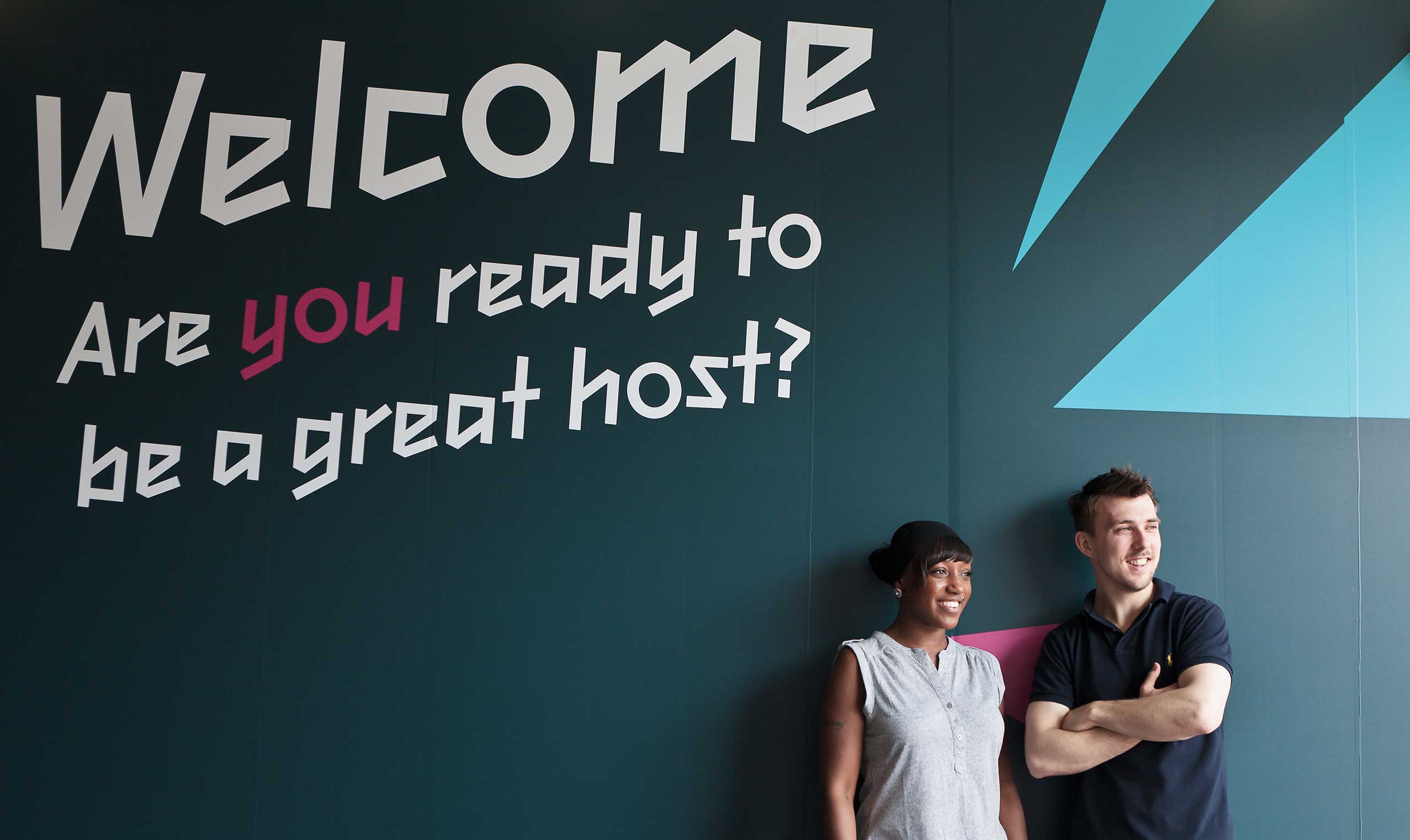 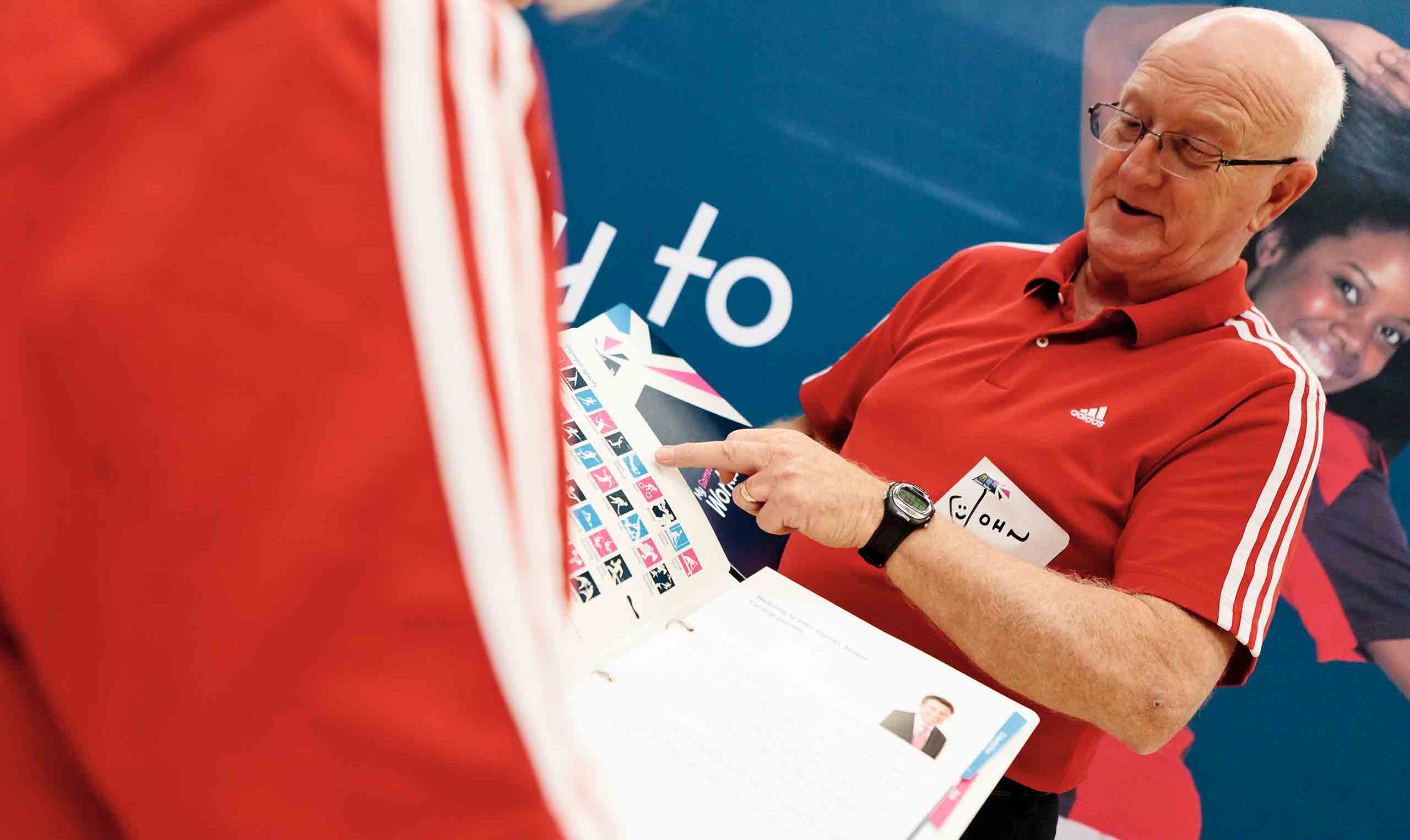 As Games time approached the venues, volunteers and events all needed putting through their paces. We assumed the key role of helping deliver testing and training programmes across the country, making sure the experience for the public attending the Games could be as slick as possible.

As well as a series of spectator guides for venue test events, our biggest challenge came in creating a great brand experience for the 70,000 Games Maker volunteers. Four London venues were temporarily transformed from corporate premises into Games Maker training zones. Our work ranged from creating the interior branding and wayfinding of the venues, to co-creating the content delivered to the volunteers by way of training sessions. We then designed manuals to house this information and gave them out to every volunteer, making them a bit more personalised and friendly so they could be kept as a memento of their part in the Games.

The final piece of the training puzzle involved keeping the 2012 teams themselves abreast of the project. Working with the readiness team we translated a colossal wealth of data into manageable infographic dashboards that could be shared amongst the teams in a digital, updatable format.

By the beginning of 2012 our creative team had become an extension of the client comms team, working collaboratively in the final push to the opening ceremony. Long days and nights of design were the norm as we switched to creating a variety of comms material – such as a range of things for the 15,000+ athletes and team officials. This included creating a daily newspaper called Village Life, which was circulated throughout the athlete’s village in Stratford and helped competitors to engage with some of the cultural and entertainment activities that were laid on during the Games.

With the Games completed we began to wrap up our work, rounding off with the design and creation of a final Annual Report. This was presented to parliament and became the final matter of record, detailing the key stats and success stories that constituted the London 2012 Games.

All in all not a bad effort for an outsider.