When it comes to industries with reputational problems, there are few as problematic as  debt collection. So when our friends at Copper Street Capital asked us to get involved with rebranding a debt purchasing and collection business they had just acquired, we were understandably wary.

As it turned out, we needn’t have been so worried. Not only had the debt purchasing and collection industry been the subject of significant FCA attention and was now fully regulated – the company in need of a rebrand (MMF), under the direction of new CEO Denise Crossley – was at the vanguard of efforts to reform the industry by creating a business that prioritised people over profit.

Putting values at the heart of the brand

At its core, the challenge MMF faced was that its public-facing brand was stuck in the past – reflecting the company as it used to be, with its reputation tied to past mistakes. It was time to bring the brand into the present day…

Over the course of several workshops, client interviews and customer surveys, it quickly became apparent that Denise and her team didn’t just pay lip service to a new way of operating – they went out of their way to put care for their often vulnerable customers at the very heart of the business. During the research phase of the project alone, the company scooped up a high level customer service accreditation and industry award – ensuring our work on the brand would reflect a company that truly had changed its stripes. 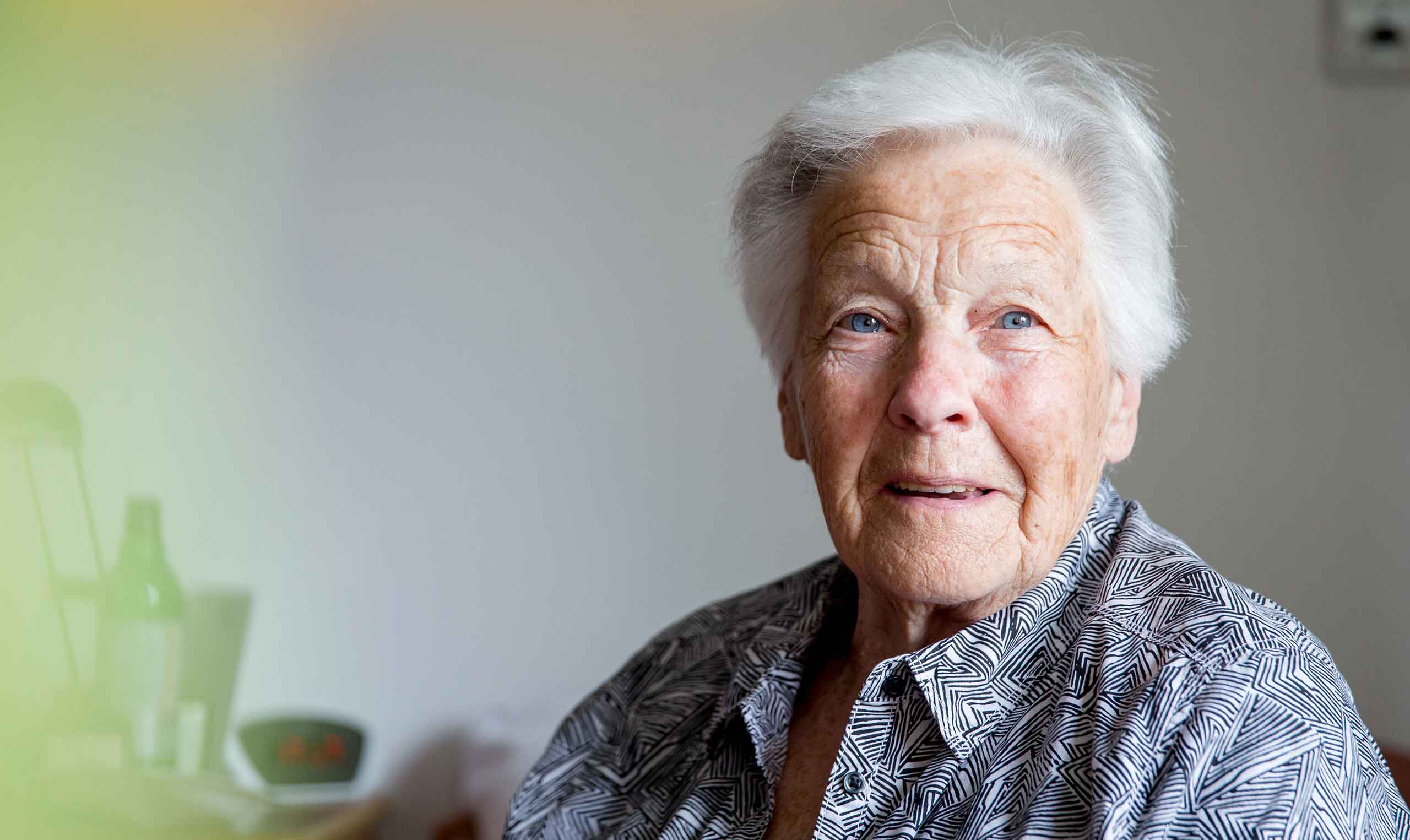 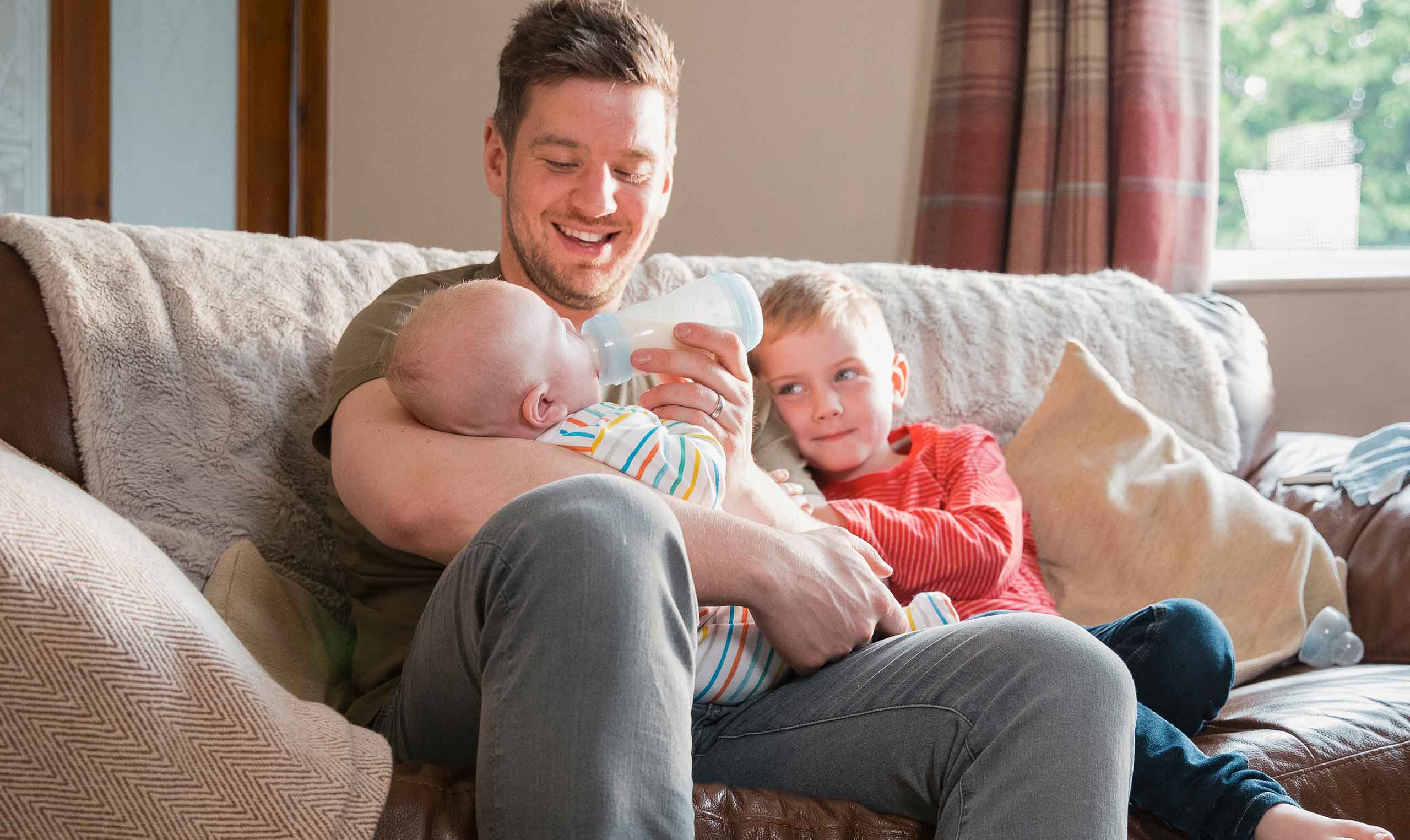 A new name and rallying cry

A wide-ranging name generation process eventually led to a clear, if surprising, choice: Lantern. It was a brave move for a company in such a ‘safety first’ industry, with nearly all competitors opting for names devoid of interest or aspiration.

Ultimately, the draw of Lantern to the company’s leaders was that it served as a reminder of the high standards they set themselves, as well as capturing their desire to genuinely care for their customers and offer them a glimmer of light at the end of the tunnel of debt.

Alongside the name, there was also a bigger brand thought which would run through all communications. In the end it was the simplest of thoughts that resonated most deeply with what Lantern should stand for:

Debt with a human touch

Those few words sum up what we’re about at Lantern.
It’s what motivates our staff to provide award-winning care and lend a sympathetic ear to our customers. It’s what drives us to ensure our processes are not just compliant, but thorough and fair-minded. It’s what keeps us focused on doing right by customers and clients alike. Debt purchasing and collection may be what we do – but our focus, our purpose, is to provide people with a dignified way out of debt.

With a bold new name and powerful brand thought, the challenge was to create a visual identity that matched this ambition – whilst still retaining enough of the safety and security needed for a financial institution dealing with often-vulnerable customers.

The idea of Lantern shining a gentle light into the surrounding darkness became the basis of the new logo marque, with the torch projecting its light upwards from the centre of the logo. The typography was chosen to convey assurance and confidence, a nice balance with the more ‘light dots’ sitting above it.

With the client thoroughly in love with the new visual identity, we went about transferring it onto a range of branded items that would serve as useful tools for the growing staff team – as well as executing it through new sales decks, a series of launch adverts, revamped induction presentation and new website. 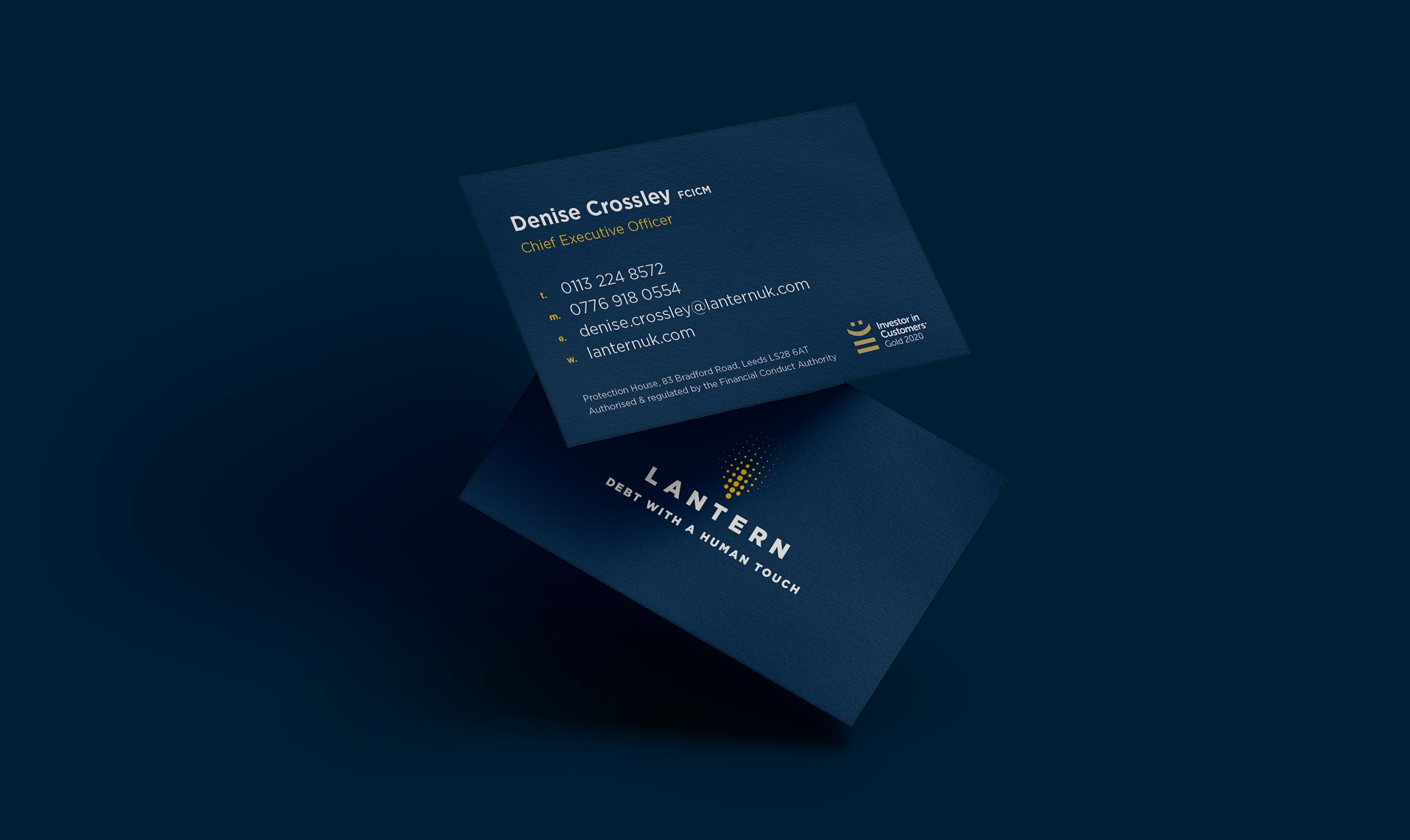 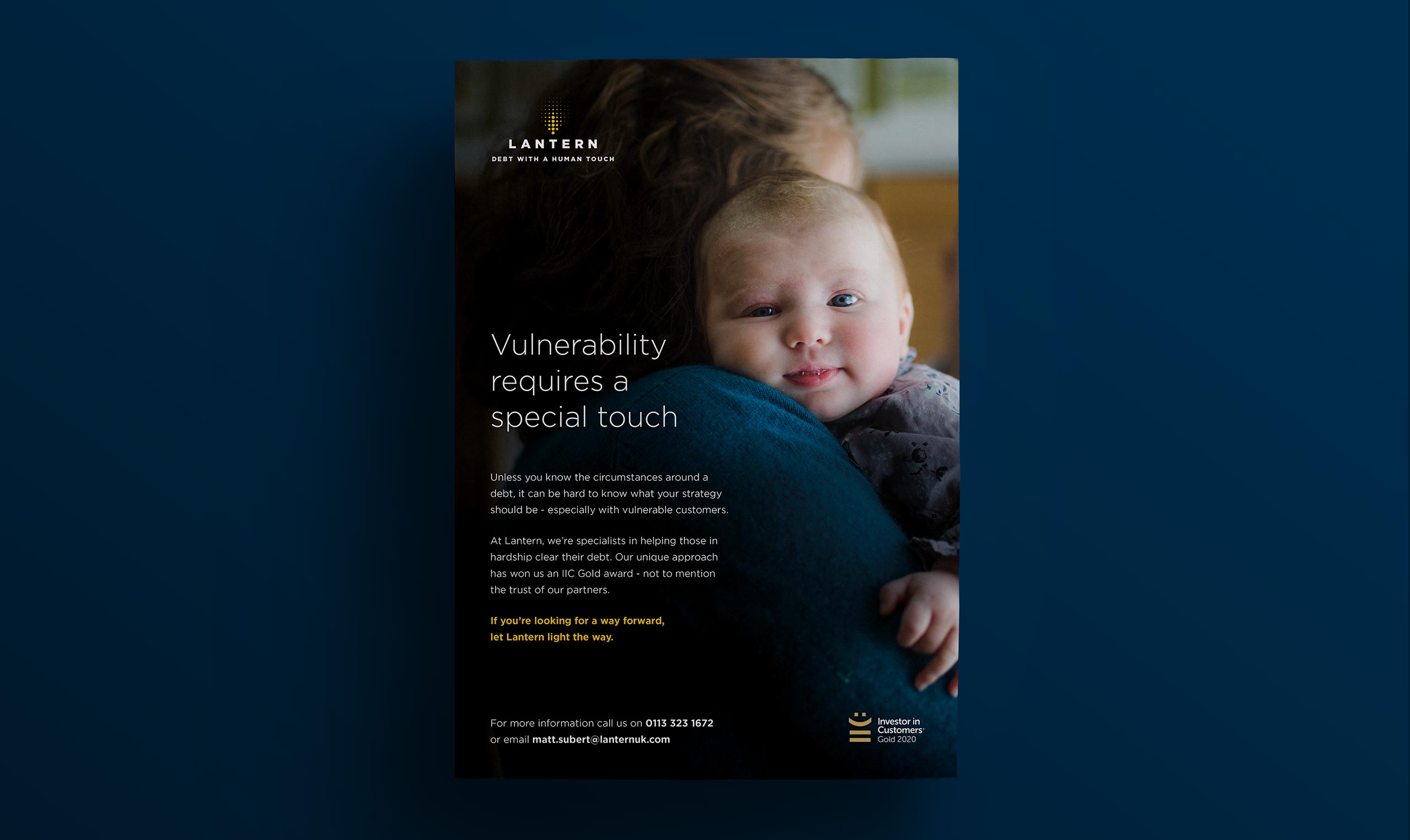 When the big day came for the internal launch of the name and new visual identity, there was a hush of excitement in the room as around 100+ staff gathered for the big reveal (the few in the know had apparently avoided spilling the beans).

Denise told the story of the journey the company had been on over the past two years, building up to the reveal of the new company name. As the word Lantern flashed across the screen behind her, the reaction was instant: at first audible gasps of surprise, followed by big smiles, and even a spontaneous round of applause! The step into the unknown had been greeted with the best possible response…

From there, it was on to the public launch a month later – with a new website (including a payment portal accessed by several hundred thousand customers) and a successful launch event at the year’s biggest trade conference.

The reaction from the wider world has been equally effusive – with adjectives such as ‘bold’, ‘inspiring’ and ‘welcoming’ returning in the feedback. What’s more, Lantern has reaped what it has sewn – growing their staff team and having the accolade of being the only company in their industry to be awarded the Gold standard for Investing in Customers.

In the end, despite our initial reservations, we are proud to have helped the team at Lantern show an unloved industry that there is a better, more purposeful, way of doing what they do.

In 2019, Lantern received a Highly Commended award for Best Rebrand in the Credit & Financial Services Industry (courtesy of Credit Strategy).